It’s no secret that men have their preferences in women, but while you think they all want the tall blonde with the long legs, you might be surprised to find out that some men are attracted to different things about women.

Science tells us that men are looking for 7 things in a woman to determine whether or not they deem them attractive, and the color of your hair or the length of your legs has nothing to do with it. Here is the science of attraction.

In The Journal Personality and Social Psychology, it was found that a large percentage of men report feeling very attracted to women who have a low waist-to-hip ratio.

So before you go starving yourself to get pencil thin, remember that men are predisposed to look for women who have a good hip to waist ratio because it means they are better suited to childbearing.

Sure, it’s a theory from the times of the cavemen, but it remains true to this day.

Men look for women who have symmetry in their body and in particular, their face. Symmetry is a sign of beauty and good genes and when a woman has good symmetry, she is often thought to be more beautiful, healthy, and approachable to men.

In fact, all humans are wired to look for symmetry in other human beings. It’s subconscious, but research has found this to be true.

Another theory suggests that symmetry signals good health, as well.

RELATED ARTICLE: Sapiosexuality: Why some people are attracted by intelligence (backed by science, of course)

Men perceive women with long hair, regardless of color, as being more attractive than women with shorter hair.

A survey conducted in 2004 in the journal Human Nature found that longer hair was rated as more attractive, on average, my male participants.

Perhaps it’s because boyish haircuts make men feel intimidated, but if you are trying to appear more attractive to the opposite sex, let your hair down.

Women have painted their lips red for a long time and as it turns out, for good reason. According to science, all homo sapiens have found to be more attracted to the color red. Interestingly, the same attraction is observed on men wearing red as well.

Red is the color of love and is associated with all kinds of things related to sex, including the sex organs.

Men react to the way women smell, and we’re not talking about in a bad way.

Research has found that a woman’s cycle influences the pheromones she emits. Men find the type of pheromones you give off, depending on where you are on the cycle.

Men like a woman they think smells good. But everyone is different so don’t worry about this one.

The most common attribute that men find attractive on a woman is her eyes. Men like women who have big, bright eyes because it signifies health and youth.

It doesn’t matter about color, but it’s the overall brightness of the entire eye that matters.

This has to do with childbearing again, but come on, ya can’t blame guys for loving big, beautiful eyes!

7) Pleasing to the Ears

It’s not all about how you look. According to Smithsonian Magazine, men are more attracted to women with a higher tone of voice.

It’s no wonder raunchy sex telephone services are still around today: the sound of a woman’s voice, when it’s perceived as pleasing, can make them feel all kinds of tingles.

The color of the lips are important, but that’s not the only thing.

A Manchester University study found that men spend half of any interaction looking at a women’s lips. Women with fuller lips are generally seen as more sexually attractive. 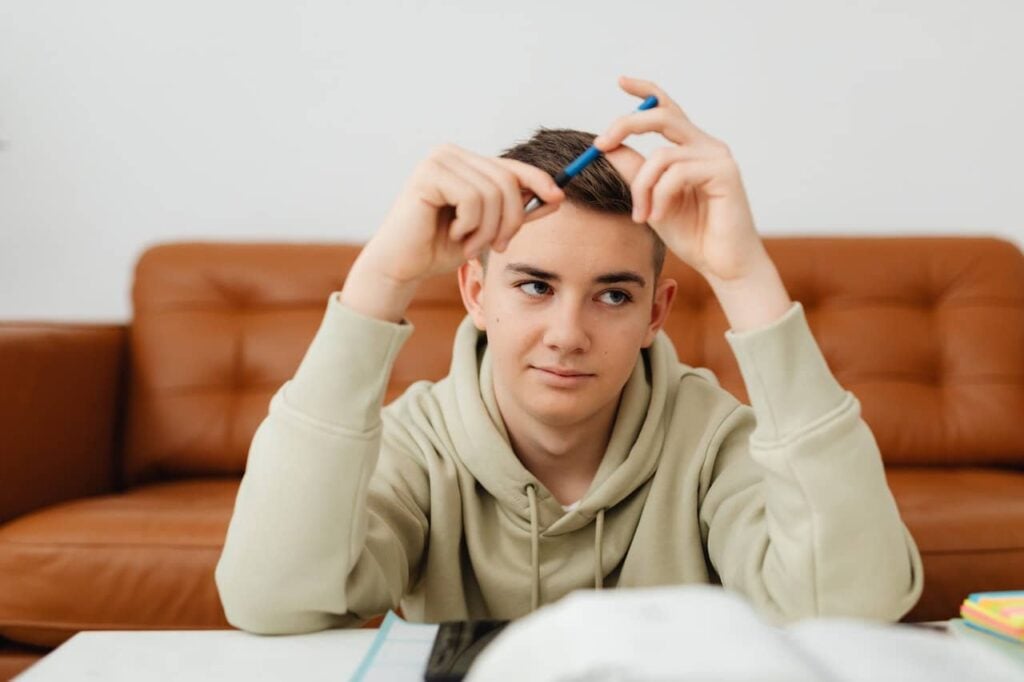