By Lachlan Brown / July 14, 2020 January 19, 2022
We sometimes include products we think are useful for our readers. If you buy through links on this page, we may earn a small commission. Read our affiliate disclosure.

It’s no secret that coffee is one of the world’s most popular beverages.

But have you ever considered how many people actually drink coffee? And how much per day?

Or whether it’s beneficial for our health?

In this article, I’m going to go through the essential coffee statistics everyone needs to know.

If you yourself are a coffee drinker, prepare to have your own mind blown.

Here are the top 37 coffee statistics.

The most incredible quickfire coffee statistics

1. 64 percent of Americans drink a cup of coffee every day

Yep, you heard that right.

A study commissioned by the National Coffee Association surveyed 3,000 Americans about their coffee drinking habits and it was discovered that 64 percent of Americans drink a cup of coffee every day, up from 62 percent in 2017 and the highest percentage since 2012.

You’d be forgiven for thinking that most people get their morning joe from popular cafes like Starbucks, but for most people, this isn’t the case.

I guess most people don’t mind saving money on their coffee habit!

3. Americans drink about 146 billion cups of coffee per year

This is the average for America, however in Japan, it is 20 milliliters and in Canada, it’s 227 milliliters.

6. Almost 50% of Americans who buy coffee outside the home do so at a drive-through

And 60% of American coffee drinkers visited a branded coffee shop chain at least once a month in 2018.

7. 29% of US coffee drinkers consume coffee to relax

This is a surprising statistic, considering that coffee is known as an energy-boosting drink.

But NCA’s survey results show that nearly a third of Americans drink coffee to calm down and relax.

8. Brewing coffee with a drip coffee maker is preferred by 45% of US coffee consumers

Yep, a survey by the NCA found that 45% of respondents used a drip coffee maker to make their coffee. This method is followed by single-cup brewing systems.

9. 13% of coffee drinkers use espresso machines in the US

Are you one of the 13%? A survey NCA found that 13% of participants said they’d used an espresso machine the day before.

However, despite the fact that men drink slightly more coffee than women per day, women spend on average $2327 a year on coffee and men spend $1934.

According to a survey featured on Credit Donkey, 66% of people with an income greater than $30,000 consume coffee, compared to 58% of workers who earn less than that amount.

12. People aged over 55 drink the most coffee of the different age groups

Older? Then you’re probably a coffee drinker. 74% of seniors aged 55 and up have at least one cup of coffee per day. The 18-34 year age group drink the least amount of coffee.

The stereotype that hipsters and trendy young people love their gourmet coffee lives up to its reputation.

Coffee statistics show that 36% of people from the 18-30 age-group drink cappuccinos, lattes and the like, and 22% of them like espresso.

14. Most coffee consumers would rather skip a shower in the morning than skip their coffee

Yep, most people don’t mind being stinky if they can get their hands on a coffee instead.

15. 55% of coffee drinkers would rather gain 10 pounds than give up coffee for life

An extra 10 pounds doesn’t sound healthy, but for most people, it’s preferable to losing their treasured cup of Joe.

16. 65% of US adults drink coffee while having breakfast

While most people enjoy their coffee with their breakfast, 30% of people still drink their coffee between meals.

Surprisingly, only 5% of people drink their coffee with meals other than breakfast.

Interestingly, drinking your coffee at different times of the day can reduce or increase the benefits.

It’s most beneficial to drink coffee a couple of hours after you wake up.

Considering how many people seem to get their coffee from Starbucks or other commercial cafes, you’d be forgiven for believing that not many people would make their own coffee at home.

A survey conducted by the National Coffee Association found that 79% of Americans said they drink coffee at home, while only 36% of participants said they’d had a cup of coffee away from home the previous day.

18. 65% of coffee drinkers sweeten their coffee with a sweetener or cream

Which coffee is healthiest?

According to Dana Hunnes, senior dietitian at the Ronald Reagan UCLA Medical Center, “black coffee is the healthiest, simply because it’s truly nothing but coffee and water.”

Yep, and this is more than coffee consumers age 40+, where only 26% of coffee drinkers above 40 would consume their coffee out-of-home.

Yep, if you’re looking for more punch to your coffee, then you may prefer opting for Robusta varieties.

This type of coffee is stronger than espresso, which is usually made of Arabica beans. Espresso machines contain only about a third of the caffeine content you’ll find in a brewed cup of Joe.

While it sounds like a long life, the average of coffee plants is only about 40-50 years (if they’re properly cared for).

24. $5.2 billion each year is spent on coffee consumption in the US

It’s a big industry, isn’t it?

25. Colombian mild Arabicas were the most expensive coffee in 2017

While Arabica and Robusta are the most popular types of coffee, Arabicas are usually more expensive than Robusta.

⌄ Scroll down to continue reading the article ⌄

Confused About What to Do Next?

No matter what challenges you face in love, a gifted advisor can give you the answers you need.

⌄ Scroll down to continue reading the article ⌄

However, because of the continued growth in coffee consumption in the US, this number is predicted to double within several years. Seattle has the most cafes per 100,000 residents in the US.

27. Coffee shops sell on average about 230 cups of coffee per day

Ever wondered how much coffee your local cafe sells every day? According to coffee shop sales statistics, it’s about 230 cups per day. That’s about 83950 cups of coffee sold per year.

28. Coffee shops grow on average about 7% per year

Despite the common assumption that coffee shops struggle to make ends meet, this isn’t the case. 7% growth per year makes it one of the fastest-growing segments in the restaurant industry.

29. Monaco has the most amount of Starbucks branches per one million inhabitants

Monaco appears to be leading the globe when it comes to Starbucks branches per capita. The US comes in second.

30. The average tip customers leave for their coffee is 11.4%

According to ENtrepreneur, Alaska’s coffee drinkers give the biggest tips, leaving 17.5%. However, in New Jersey in the US they tipped the least amount and gave only 7.5% on average.

31. Coffee is the second most traded product in the world

The world is addicted to coffee and the stats prove it. It is only behind oil when it comes to the most traded commodities. World trade on coffee is worth more than $100 billion.

32. Finland is the top coffee consumption country in the world

Then most likely you’re a coffee drinker.

Based on data collated by WorldAtlas.com in these are the top 10 countries for the consumption of coffee per capita:

33. Brazil is the biggest coffee exporting country in the world

The top 10 countries for exporting coffee are as follows (in order from 1 to 10):

34. The European Union and the United States are the top importing countries for coffee worldwide

The top 10 countries for importing coffee are as follows (in order from 1 to 10):

36. The smell of coffee is one of the top 3 most recognizable smells to Americans

That’s right. The smell of peanut butter, roses, and coffee are the top three smells that Americans recognize.

37. Only 2 states in America grow coffee

Hawaii and California are the only states that have the black, volcanic soil suitable for growing coffee. The majority of coffee consumed by Americans is imported from South America.

Curious about what the future holds? Click here to find out how you can receive a 10 minute psychic reading from Psychic Source. 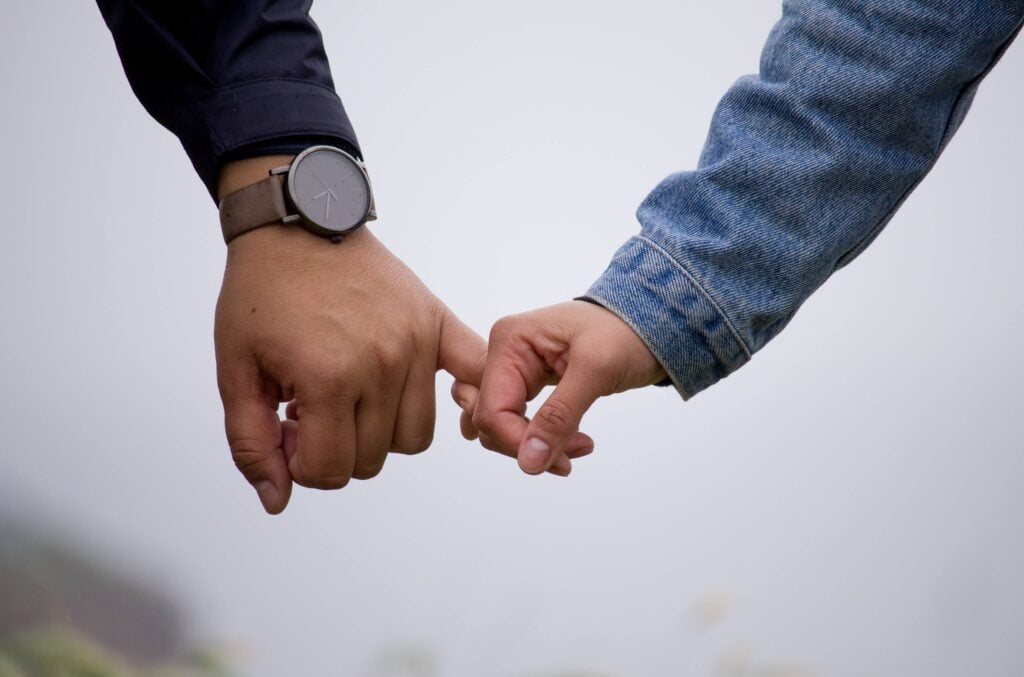 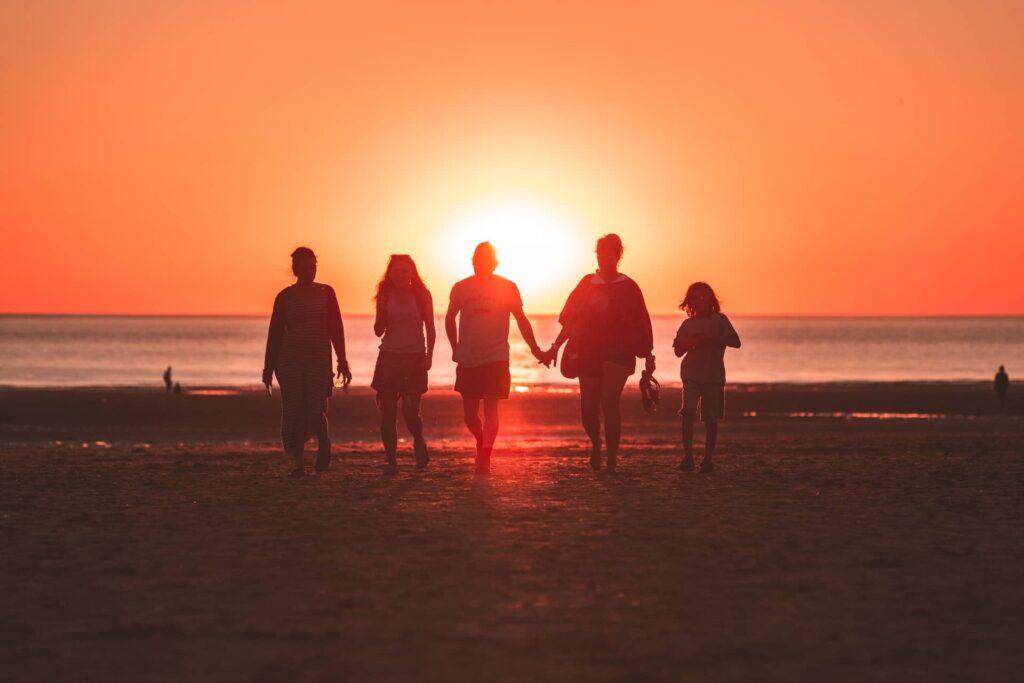 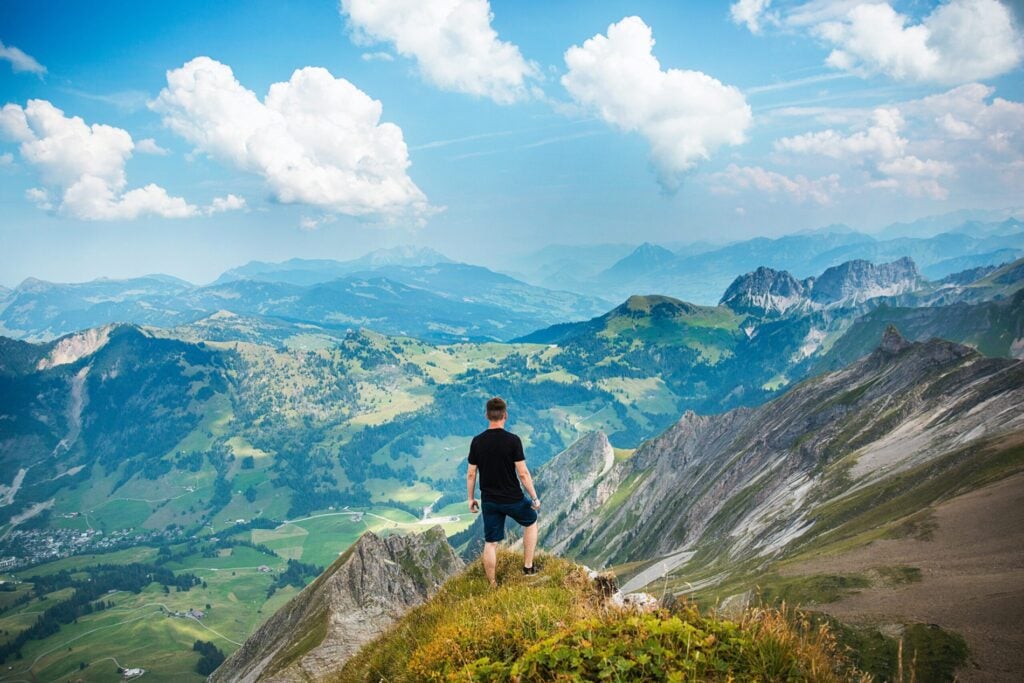 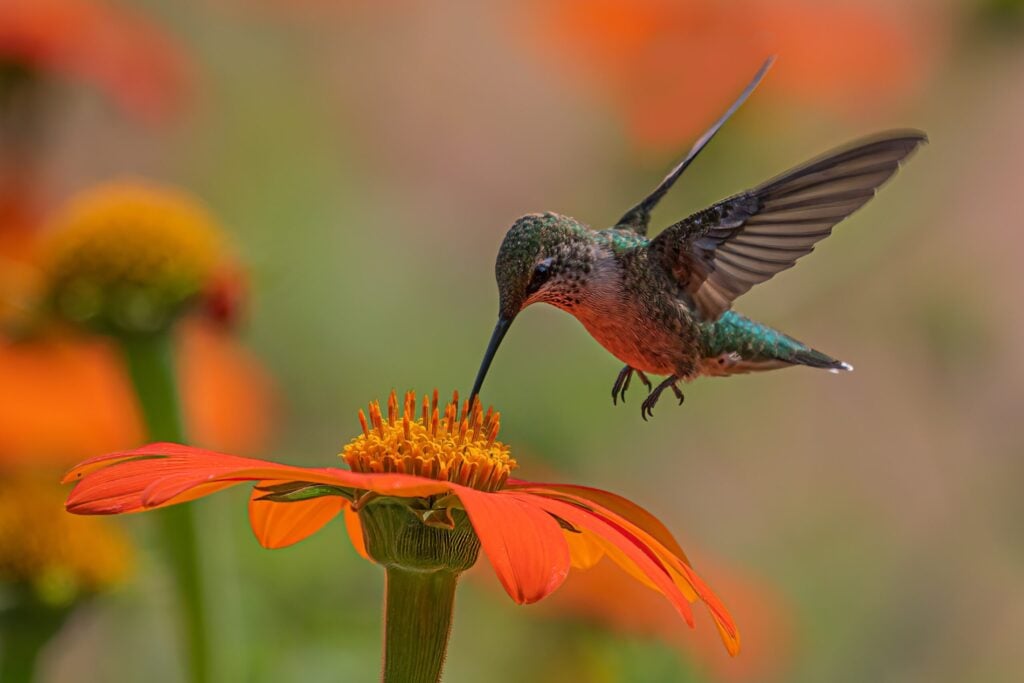 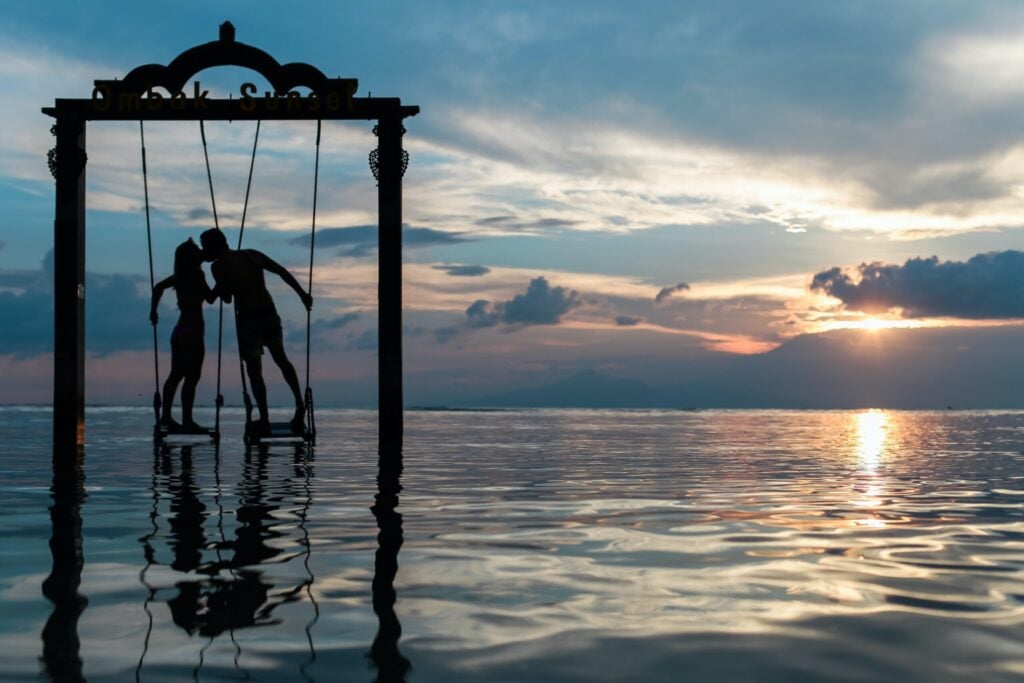 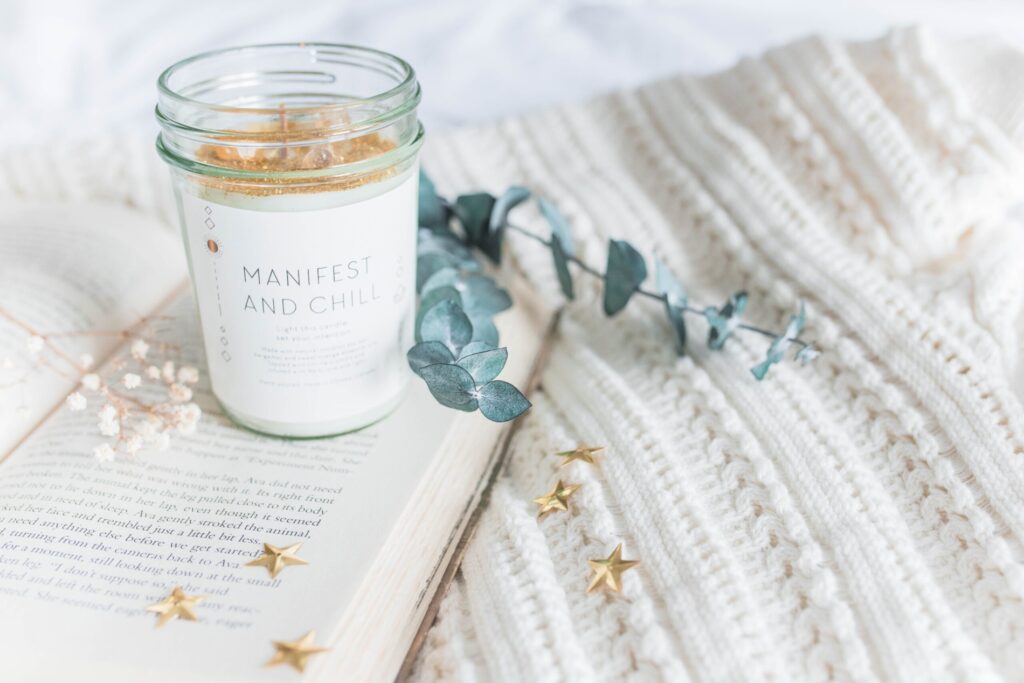